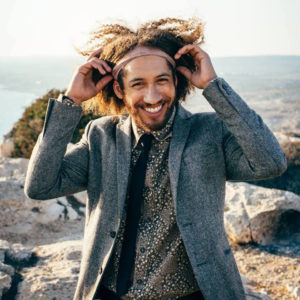 Mathana Stender is a Berlin-based tech ethicist who studies the impact of AI and automation on individuals, communities and culture. Mathana’s holistic, multidisciplinary approach to the ethics of emerging technologies brings together art, anthropology, critical theory, philosophy, policy-assessment and socio-economic analysis .
Mathana is a prolific public speaker and a fellow at the Centre for Internet and Human Rights (attached to the European University Viadrina). They apply their expertise through initiatives like standards-setting working groups at the IEEE Global Initiative on Ethics of Autonomous and Intelligent Systems and international disarmament initiatives like the Campaign to Ban Killer Robots.
Their past and present projects include:
Originally from San Antonio, Texas, Mathana holds an MA in Global Communication at the Chinese University of Hong Kong and BA in international relations and law from the University of Texas at Dallas. For more than a decade they’ve lived around the world and have worked in Hong Kong, Cairo, Cape Town, Beirut and now Berlin.