How to approach algorithmic regulation? New study on governance of norms in technology

How to approach algorithmic regulation? New study on governance of norms in technology 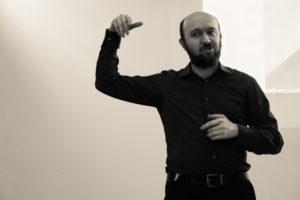 The 2015 Volkswagen emission scandal is a recent example of the power and challenges of algorithmic regulation. Volkswagen used software to manipulate the emissions of cars, and public regulators were unable to access the source code of this software.

Indeed, governing algorithms implies great power. The technological infrastructure around us reflects power struggles and represents a key point of control for many policy areas, from car emissions to stock market trading and search rankings.

In his new paper “Algorithmic regulation and the global default: Shifting norms in Internet technology”, Ben Wagner outlines a two-tier approach towards regulatory rules for algorithms. Governance mechanisms of many technologies are only poorly understood, and technologies are often treated as neutral or apolitical.

Second-order rules on the other hand involve individual changes to the output of these algorithms. For example, a second-order rule could remove some of the outputs created by an algorithm. Broadly speaking, the first order rule tweaks the source code, the second order rule governs the human response to this code.

This approach helps to clarify the subject matter of the regulation: Is it the code of the algorithm as such? Or the output of the algorithmic decision? Both regulatory principles can shape the norms embedded in technology. The paper looks at the question of algorithmic regulation in detail and scrutinizes the case of content regulatory regimes.

Find out more about CIHR’s ethics of algorithms project here.

Previous Post: IPEP16 research project kicks off with a workshop at Viadrina
Next Post: CIHR talks at re:publica TEN